R and Python: Which is better for Data Science?

R and Python remain the most popular data science programming languages. But if we compare r vs python, which of these languages is better?

As data science becomes more and more applicable across every industry sector, you might wonder which programming language is best for implementing your models and analysis. If you attend a data science Bootcamp, Meetup, or conference, chances are you’ll run into people who use one of these languages.

Since R and Python remain the most popular languages for data science, according to  IEEE Spectrum’s latest rankings, it seems reasonable to debate which one is better. Although it’s suggested to use the language you are most comfortable with and one that suits the needs of your organization, for this article, we will evaluate the two languages. We will compare R and Python in four key categories: Data Visualization, Modelling Libraries, Ease of Learning, and Community Support.

A significant part of data science is communication. Most of the time, you as a data scientist need to show your result to colleagues with little or no background in mathematics or statistics. So being able to illustrate your results in an impactful and intelligible manner is very important. Any language or software package for data science should have good data visualization tools.

Good data visualization involves clarity. No matter how complicated your model is, there will be a simple and unambiguous way of illustrating your results such that even a layperson would understand.

Python is renowned for its extensive number of libraries. There are plenty of libraries that can be used for plotting and visualizations. The most popular libraries are matplotlib and  seaborn. The library matplotlib is adapted from MATLAB, it has similar features and styles. The library is a very powerful visualization tool with all kinds of functionality built in. It can be used to make simple plots very easily, especially as it works well with other Python data science libraries, pandas and numpy.

Although matplotlib can make a whole host of graphs and plots, what it lacks is simplicity. The most troublesome aspect is adjusting the size of the plot: if you have a lot of variables it can get hectic trying to neatly fit them all into one plot. Another big problem is creating subplots; again, adjusting them all in one figure can get complicated.

Now, seaborn builds on top of matplotlib, including more aesthetic graphs and plots. The library is surely an improvement on matplotlib’s archaic style, but it still has the same fundamental problem: creating figures can be very complicated. However, recent developments have tried to make things simpler.

Many libraries could be used for data visualization in R but ggplot2 is the clear winner in terms of usage and popularity? The library uses a grammar of graphics philosophy, with layers used to draw objects on plots. Layers are often interconnected to each other and can share many common features. These layers allow one to create very sophisticated plots with very few lines of code. The library allows the plotting of summary functions. Thus, ggplot2 is more elegant than matplotlib and thus I feel that in this department R has an edge.

It is, however, worth noting that Python includes a ggplot library, based on similar functionality as the original ggplot2 in R. It is for this reason that R and Python both are on par with each other in this department.

Data science requires the use of many algorithms. These sophisticated mathematical methods require robust computation. It is rarely or maybe never the case that you as a data scientist need to code the whole algorithm on your own. Since that is incredibly inefficient and sometimes very hard to do so, data scientists need languages with built-in modelling support. One of the biggest reasons why Python and R get so much traction in the data science space is because of the models you can easily build with them.

As mentioned earlier Python has a very large number of libraries. So naturally, it comes as no surprise that Python has an ample amount of machine learning libraries. There is scikit-learn, XGboost, TensorFlow, Keras and PyTorch just to name a few. Python also has pandas, which allows tabular forms of data. The library pandas make it very easy to manipulate CSVs or Excel-based data.

In addition to this Python has great scientific packages like numpy. Using numpy, you can do complicated mathematical calculations like matrix operations in an instant. All of these packages combined, make Python a powerhouse suited for hardcore modelling.

R was developed by statisticians and scientists to perform statistical analysis way before that was such a hot topic. As one would expect from a language made by scientists, one can build a plethora of models using R. Just like Python, R has plenty of libraries — approximately 10000 of them. The mice package, rpart, party and caret are the most widely used. These packages will have your back, starting from the pre-modelling phase to the post-model/optimization phase.

Since you can use these libraries to solve almost any sort of problem; for this discussion let’s just look at what you can’t model. Python is lacking in statistical non-linear regression (beyond simple curve fitting) and mixed-effects models. Some would argue that these are not major barriers or can simply be circumvented. True! But when the competition is stiff you have to be nitpicky to decide which is better. R, on the other hand, lacks the speed that Python provides, which can be useful when you have large amounts of data (big data).

It’s no secret that currently data science is one of the most in-demand jobs, if not the one most in demand. As a consequence, many people are looking to get on the data science bandwagon, and many of them have little or no programming experience. Learning a new language can be challenging, especially if it is your first. For this reason, it is appropriate to include ease of learning as a metric when comparing the two languages.

Designed in 1989 with a philosophy that emphasizes code readability and a vision to make programming easy or simple, the designers of Python succeeded as the language is fairly easy to learn. Although Python takes inspiration for its syntax from C, unlike C it is uncomplicated. I recommend it as my choice of language for beginners since anyone can pick it up in relatively less time.

I wouldn’t say that R is a difficult language to learn. It is quite the contrary, as it is simpler than many languages like C++ or JavaScript. Like Python, much of R’s syntax is based on C, but unlike Python R was not envisioned as a language that anyone could learn and use, as it was specifically initially designed for statisticians and scientists. IDEs such as RStudio have made R significantly more accessible, but in comparison with Python, R is a relatively more difficult language to learn.

In this category Python is the clear winner. However, it must be noted that programming languages in general are not hard to learn. If a beginner wanted to learn R, it won’t be as easy in my opinion as learning Python but it won’t be an impossible task either.

Every so often as a data scientist you are required to solve problems that you haven’t encountered before. Sometimes you may have difficulty finding the relevant library or package that could help you solve your problem. To find a solution, it is not uncommon for people to search in the language’s official documentation or online community forums. Having good community support can help programmers, in general, to work more efficiently.

Both of these languages have active Stack overflow members and also an active mailing list available (where one can easily ask for solutions from experts). R has online R-documentation where you can find information about certain functions and function inputs. Most Python libraries like pandas and scikit-learn have their official online documentation that explains each library.

Both languages have a significant amount of user base, hence, they both have a very active support community. It isn’t difficult to see that both seem to be equal in this regard.

R has been used for statistical computing for over two decades now. You can get started with writing useful code in no time. It has been used extensively by data scientists and has an insane number of packages available for a lot of data science-related tasks. I have almost always been able to find a package in R to get the task done very quickly. I have decent python skills and have written production code in python. Even with that, I find R slightly better for quickly testing out ideas, trying out different ways to visualize data and for rapid prototyping work.

Python has many advantages over R in certain situations. Python is a general-purpose programming language. Python has libraries like pandas, NumPy, scipy and sci-kit-learn, to name a few which can come in handy for doing data science-related work.

If you get to the point where you have to showcase your data science work, Python once would be a clear winner. Python combined with Django is an awesome web application framework, which can help you create a web service/site with both your data science and web programming done in the same language.

You may hear some speed and efficiency arguments from both camps – ignore them for now. If you get to a point when you are doing something substantial enough where the speed of your code matters to you, you will probably figure out things on your own. So don’t worry about it at this point.

You can learn Python for data science with Data Science Dojo!

R and Python – The most popular languages

Considering that you are a beginner in both data science and programming and that you have a background in Economics and Statistics, I would lean towards R. Besides being very powerful, Python is without a doubt one of the friendliest programming languages to beginners – but it is still a programming language. Your learning curve may be a bit steeper in Python as opposed to R.

You should learn Python, once you are comfortable with R, and have grasped the general concepts of data science – which will take some time. You can read “What are the key skills of a data scientist? To get an idea of the skill set you will need to become a data scientist.

Start with R, transition to Python gradually and then start using both as needed. Both are great for data science but one is better than the other in certain situations. 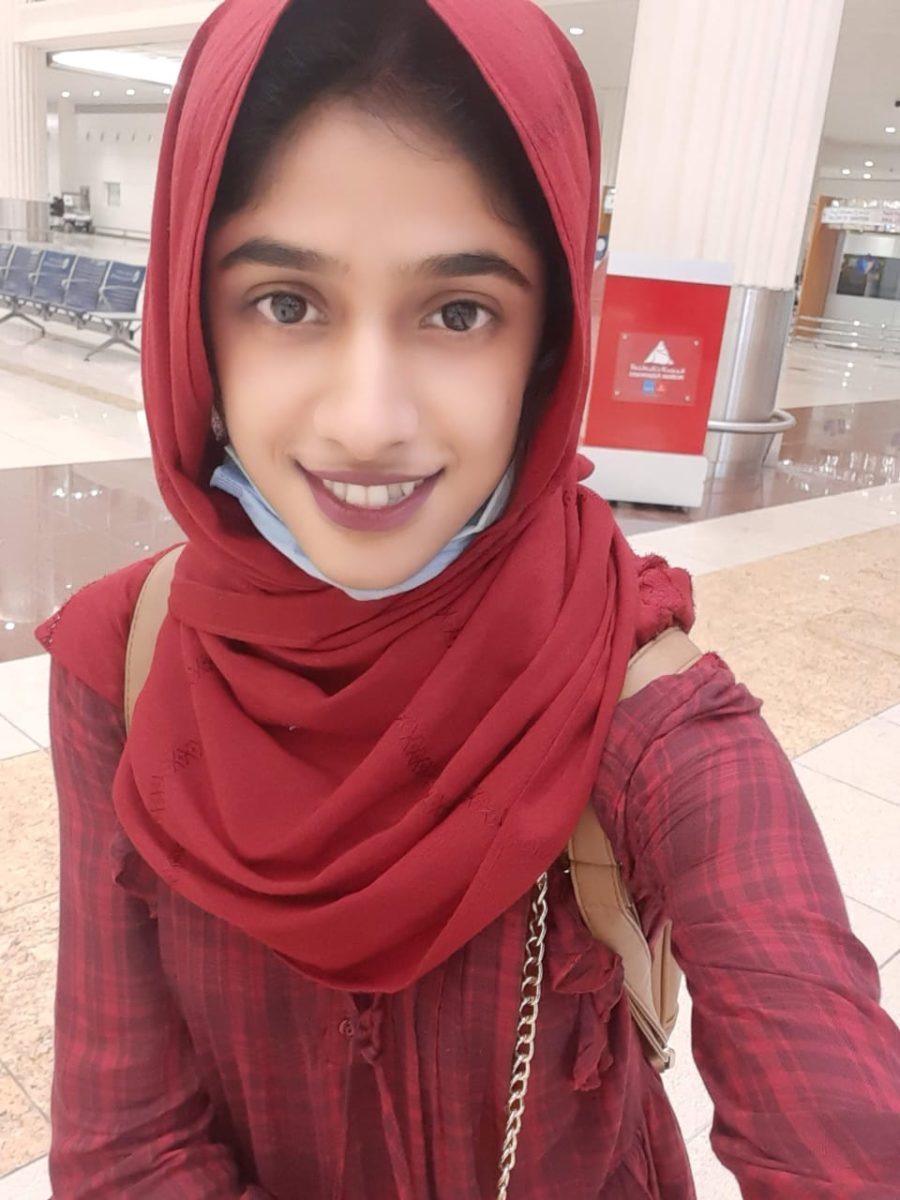 Ayesha Saleem
Data breaches you must prepare for before 2023 Hudaiba Soomro
From novice to expert data analyst: A comprehensive guide to...